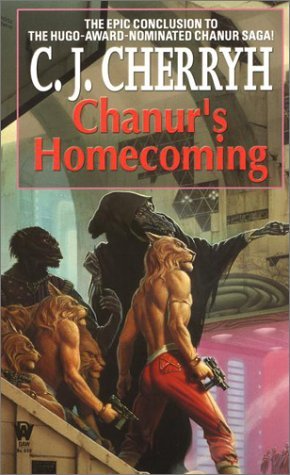 Community Reviews. Showing Rating details. More filters. Sort order. Apr 27, Lindsay rated it it was amazing. This is a reread for me and part of the buddy read of the Chanur series with the SpecFic Buddy Reads group.

At Meetpoint Pyanfur finds a large group of other hani spacers abandoned by the machinations of Rhif Ehrran and her ill-advised politicking.

Finally the machinations of the mahendo'sat and the kif factions point towards a major showdown in the heart of hani space itself. With all the sitting at dock of the previous book we're overdue for some action, and that action comes thick and fast. First there's the move to Meetpoint which leaves Pyanfur in charge of a bunch of other hani ships and then the jump to Anuurn where the whole hani species is in peril with only Chanur and its tenuous alliances to defend the system.

We also get a much wider range of viewpoints in this book which helps free up the narrative. Most of the situation comes clear in this book, with the kif situation finally under control and the human question being dealt with. There's also the sub-plots of the role of Chanur in hani society and male Chanur in space, both of which get dealt with well. The story isn't without faults.

The way that the humans are dealt with isn't very satisfactory, and the activity with the methane-breathers doesn't make a lot of sense either regarding their actions or how the oxygen-breathers have involved them. But the outcomes with the hani and particularly in the epilogue are very satisfying given what has come before. View 2 comments.


Jul 27, Jason rated it it was ok. Boy, am I gods-rotted tired of the Chanur books.

There is nothing new here, nothing surprising, no shocks or twists or changes of pace.

It's just more of the same, and the same, and the same. In fact, although this is a continuing series, I have a hunch that a person could read these books in absolutely random order, and they wouldn't notice the difference. Yes, the plot movements are that arbitrary. Once again, the pace is very quick. You've got crosses and double-crosses and triple-crosses, and god bless you if you have any sort of firm handle on what those double and triple crosses are. You've got characters shouting commands at each other, you've got jumps from one star system to the next, you've got Pyanfar demanding from Jik, and from Goldtooth, and from Skukkuk, and from Tully, and from whoever, "What is the gods-rotted truth?

Tell me what you know! Then, rinse and repeat. And repeat. For pages. The pace is quick, yes, but in a strangely static way - there's lots of action, but at the same time, nothing is happening. There are no pauses, no mountains or valleys, no moments of reflection, just a full-throttle monotonous stream of busy people doing busy things for only vaguely comprehensible reasons.

It's like someone yelling at you in broken English from a stationary bike for four hours.

It's just too much excitement for me. And the unfortunate thing is that there are some really compelling themes running through here. The feminist angle is still interesting, although it gets less mileage in this book than in the previous ones. The repeated points about the dangers of small-minded provincial politics are well-taken.

But mostly, this is a series of missed opportunities. The mysterious alien k'nnn, ch'i, and what-have-you? 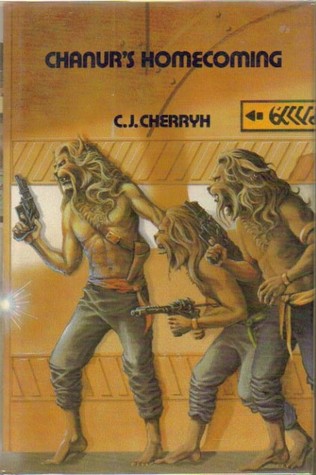 But with so much fast somethingness going on, and so little regard to rhythm and clarity, the whole enterprise, instead of grabbing the reader, just sort of sits there, vague and bloodless. I'm sure I could take the book on my lap like a Rabbi with his Torah and reread every paragraph six times over until I grasp all the details and plot points and implications that Cherryh has, for some reason, deliberately kept obscure. But this isn't the Torah, and it isn't worth anyone's time to do that. There are far better space operas out there, with far more immersive worlds and characters and plots, with themes handled far more delicately and interestingly, that I would only recommend this series to anyone who is a C.

Cherryh completist. Or, if you're just discovering Cherryh, go read Downbelow Station instead- now that's an example of a novel in which Cherryh's idiosyncratic style works, brilliantly. View all 3 comments. All the tense negotiations, breathless escapades and space battles you could possibly want, in a truly epic conclusion to Pyanfar Chanur's tale.

Feb 12, Jamie Collins rated it it was ok Shelves: scifi-aliens , science-fiction. This fourth Chanur book is my least favorite so far. This has a ton of exposition and repetition, and I nearly abandoned it. The conclusion to the story arc with Pyanfar going back to protect the decimation of her home planet from the other races.

Intense and lots of introspection and action-packed. It's still a fairly confusing and complex world where everyone's motives are suspect.

But I did like that final face-off with all the other races and the epilogue with the young guy. In a way, I do feel tired and sad that the series with Pyanfar is coming to an end, a bit like Pyanfar herself. Jun 19, Jennifer rated it it was amazing. Just brilliant. All of it. I can't find the words to express the characters, the space stations, the ships, the space travel it just feels like if we could really travel in space, that this is how it would be.

If you are a fan of science fiction I recommend this series. All 5 books. I haven't read the 5th yet. Dec 31, Karen Ireland-Phillips rated it it was amazing. The four Chanur universe books are my favorite books in the entire universe. Bar none. 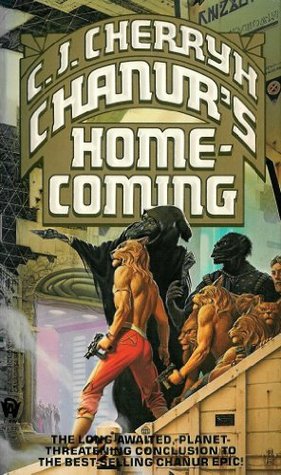 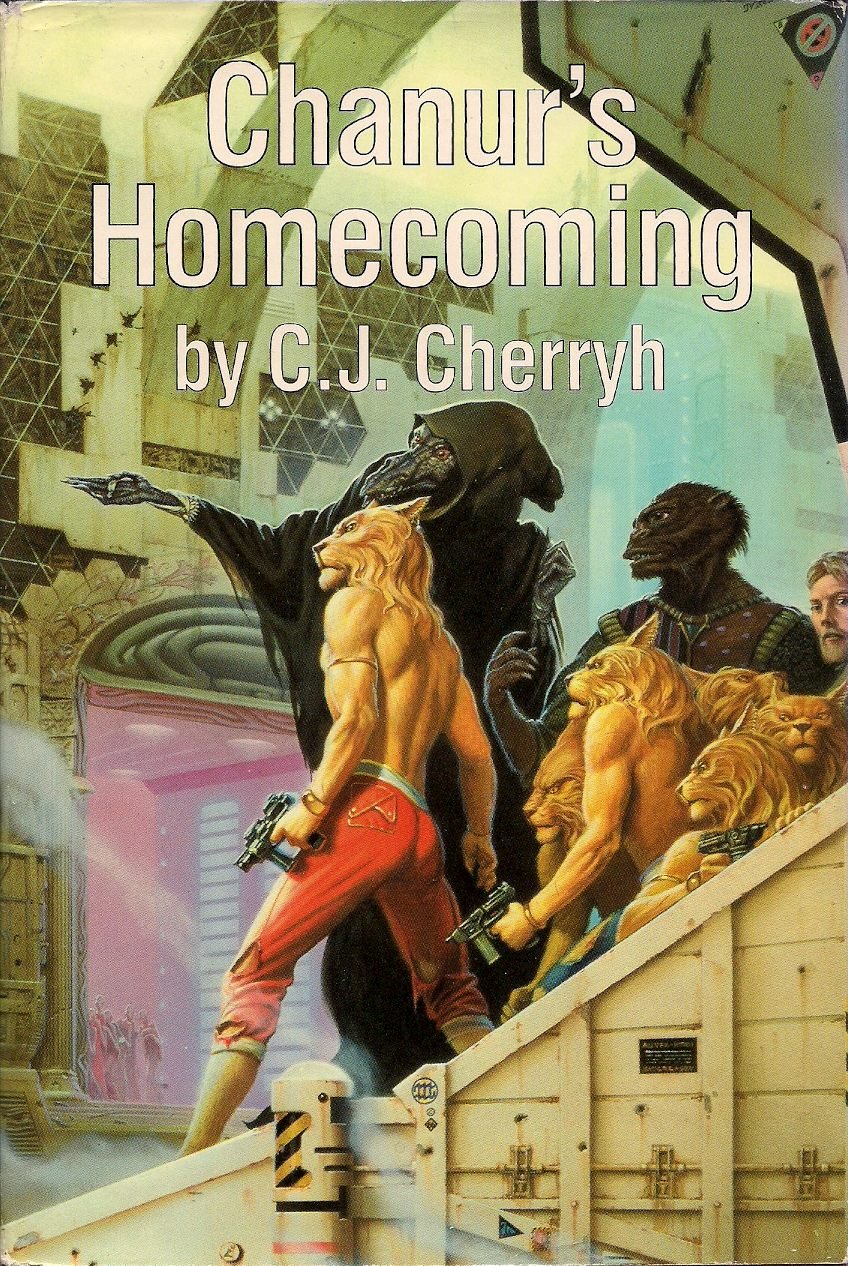 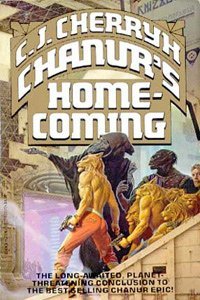 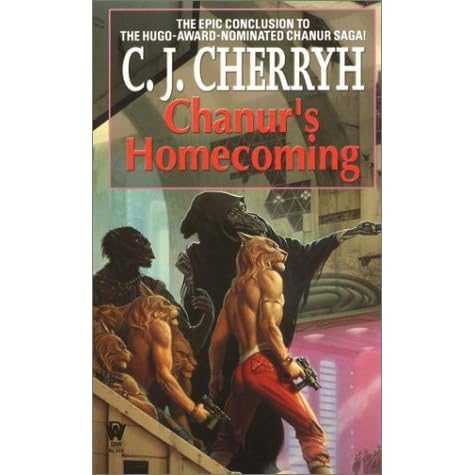 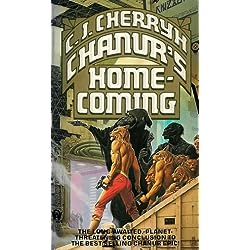 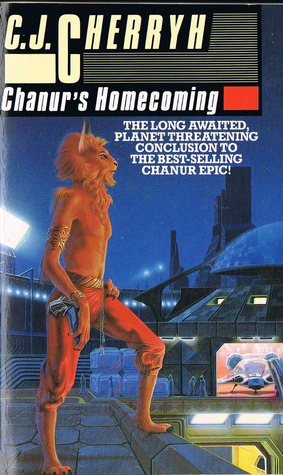